Dogfighting. It’s everywhere. It’s sad to think about, it’s downright sickening, but it’s happening and right under our noses. The ASPCA has dedicated April 8th as National Dog Fighting Awareness Day, so a few bloggers and I have got together to help spread the awareness. #NDFAD 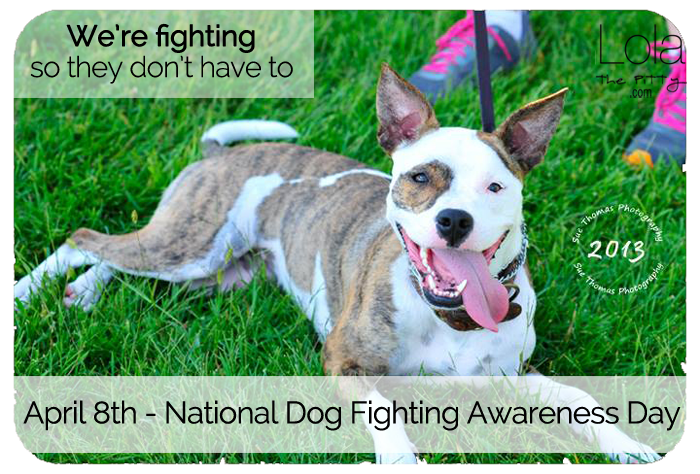 So…how can you help!? 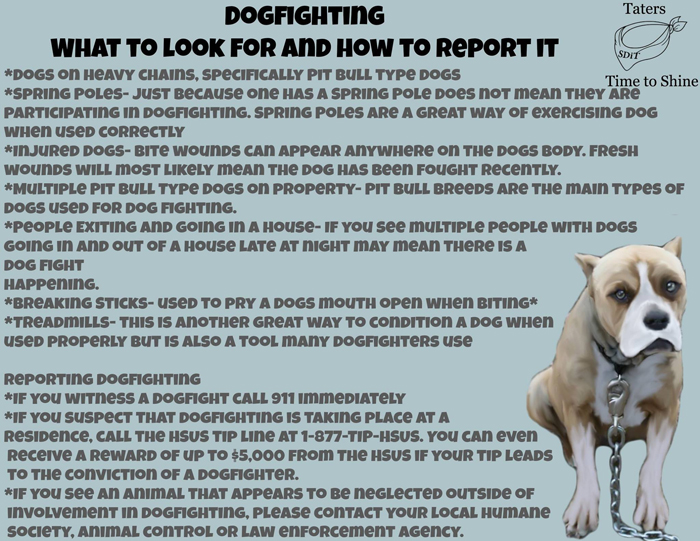 – There are many breeds of dogs used for fighting worldwide. Breeds include: Fila Brasileiro, Dogo Argentino, the Tosa Inu and the Presa Canario. The dog of choice for fighting in America? The American Pit Bull Terrier and other pit bull type dogs. But this doesn’t mean that other breeds or mixes are exempt.  Other breeds, even non pit bull type dogs may be used in street fights or as the “bait” dog which is used to train the fighting dogs. Often these dogs are stolen (or ‘found’ online – see above). M.K. Clinton is all too familiar with this. Dog fighting is rampant in her city and she suspects that her dog from college was stolen and used as a bait dog.

According to the ASPCA, law enforcement has divided the most common types of dog fighting into three categories: street fighting, hobbyist fighting and professional dogfighting*:

– Not all dog fighters treat their dogs the same; street fighters may starve their dogs to increase aggression, unlike many professional fighters who invest a lot of time and money in conditioning their animals. The dogs are commonly given quality nutrition, steroids and muscle supplements. Narcotic drugs are also commonly used to increase aggression and mask pain or fear during a fight.

Watch the dogfighting video from the Humane Society.

Download the Humane Society’s “How to spot signs of dogfighting” flyer.

Get the ASPCA’s toolkit.

Meet Vinny & Crash – two adoptable pit bulls through A Rotta Love Plus rescue in Minnesota. Crash was actually pulled from a dogfighting bust on the west coast. 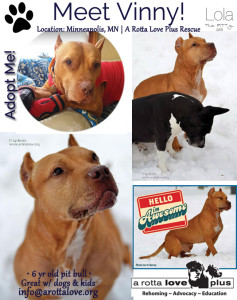 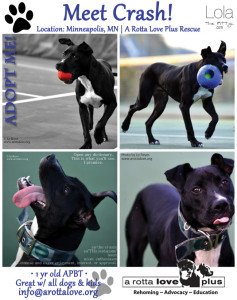 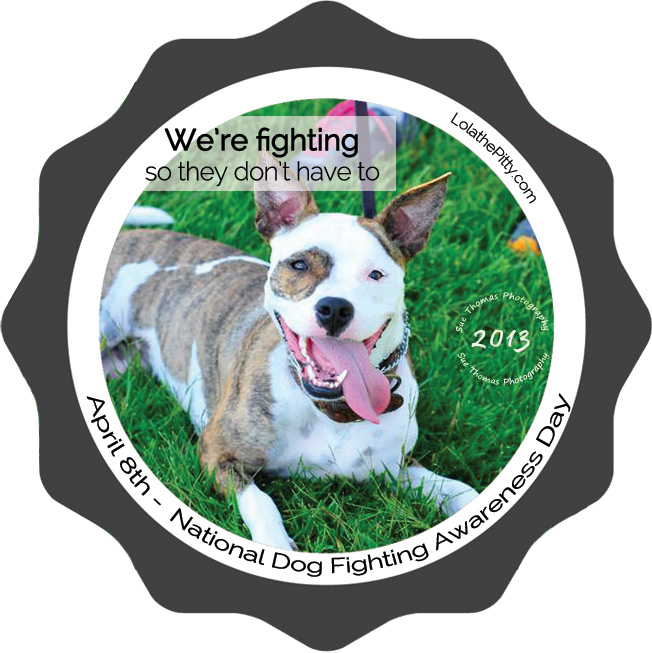 Join myself, Melissa at Barking from the Bayou, Sue from the Talking Dogs Blog and Jenna from Love is Being Owned by a Husky on Dogs n’ Pawz Tuesday’s Tails Blog Hop dedicated to raising awareness for dogfighting and special bullies in need of adoption.

Tags:dog fighting resources,dogfighting awareness,National Dog Fighting Awareness Day,pit bull advocates,what to do if you know about dogfighting
Join us on social media! 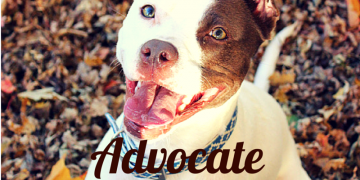