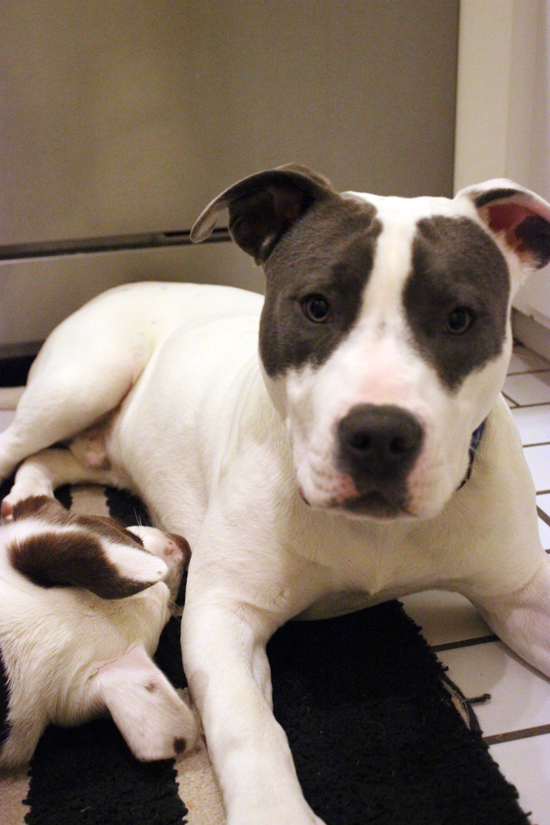 I was looking back and I can’t believe I never dedicated a post towards Ox. If you follow us on Facebook, his face is probably very familiar as our page was filled with updates on him – from the moment he was pulled from the shelter to the day he left our home.

As usual I was scrolling through Facebook and saw this face: 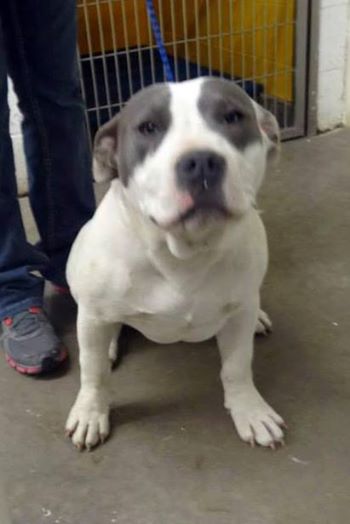 He had one day left at the shelter he was at in Kansas and everyone previously interested in fostering him had somehow fell through. I tagged ‘A’ in his photo with a little smiley face. Shortly thereafter I received a text message, “Do you want to foster that dog from Kansas?”. I guess he knows me all too well. So we discussed it briefly (as in, “Yep – is that okay? Okay, great!”).

Next the shelter was contacted and Ox was safe. I was so excited to get this little beefcake into our home.

We’ve always had great luck with fosters getting along with Lola. We hadn’t fostered since we adopted Rio, but everyone loves Rio, he’s pretty easy going. But there was still that little voice in the back of my head questioning whether all three of them would get along. Ox had been brought in the shelter as a stray, so it was unsure if he would have any food aggression/guarding issues. So slow introductions is always the way to go.

Ox arrived in Minnesota and we went to pick him up. Can you believe this boy was only estimated to be six months old? I guess his big dopey puppy paws give it away – but look at that big ‘ole head! I just love him. We introduced him to our dogs, one at a time and it went wonderful! He did have a little food aggression, but we were able to work through that pretty well in the two weeks that we had him. Ox and Rio became best buds and I secretly think they had a little crush on each other. Lola on the other hand was Ms. Independent and played when she wanted to, but of course never letting her authority slip. 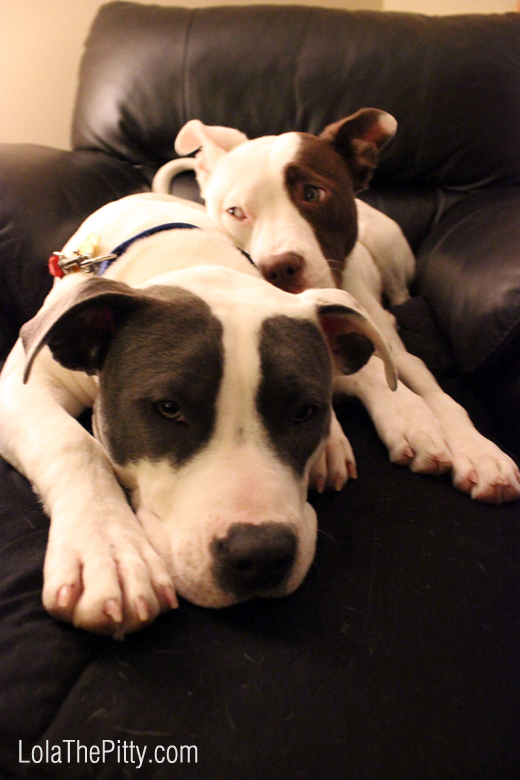 While it did cross my mind of keeping Ox for ourselves (doesn’t this happen with every foster? Okay, all but one…) I knew we weren’t in the situation to add another dog to our family at this time and the applications for him were literally rolling in. Plus, I’ll admit it was very difficult at times with three dogs in a townhome with no yard. We really need a house and a yard. Or just a yard. Or really, just decent weather.

Then came the not-so-fun part, Ox had giardia. Shortly thereafter, Rio had giardia. Ick, ick and ick. A few bad days, two rounds of treatment later (and a lot of other ish) and we were all healthy again. Luckily Lola managed to avoid that one, which was surprising to me because if it’s out there – it seems that she’ll get it. The rescue was very cooperative though and even gave Rio the medication he needed to treat the parasite. Phew!

We had three applications come in that seemed like an amazing home for Ox. And that is one of the challenges of fostering. Telling another family, that has met your foster, that he’s a better fit with someone else. Ouch. But it all worked out. The first family that came to meet him, loved him of course but their resident female dog and him were not a good match.

The next day, his family came to meet him and five minutes into the meet-and-greet they were begging me to let them take him home. This tells me a lot. There were no hesitations, no questions, no concerns. “Once he comes home with me, he stays there for the rest of his life” they said. A few days later after all the paperwork was said and done, they came and picked up their baby and said “Thanks for taking care of him for us until he found us”. He is loved. I am happy and once again, my job as foster mom is done. Good luck in your new life, Ox! 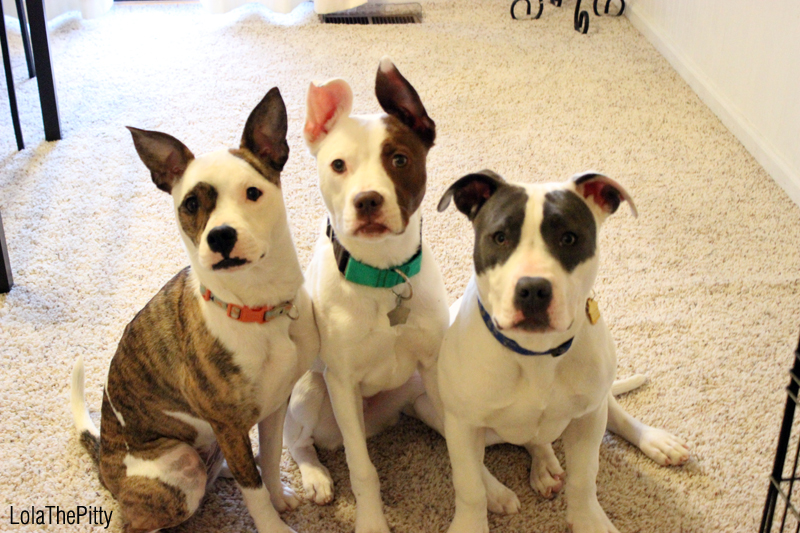 2 Replies to “Another Successful Foster”