November proved to be quite the exciting month… I’ve got some exciting announcements in life de Sarah, so read on!

It was a typical Friday night. We had just finished running some errands and went to get a bite to eat. After sitting down with our BBQ sandwiches, I glanced out the window and saw a tiny white dog running through the parking lot – towards the highway.

I watched it for just a moment to see if for some odd reason it had an owner following (knowing this was not likely)…then two seconds later, I popped up out of my seat yelling back to Antonio that I’d be back, “there was a dog I had to get”! Me and my big clunky snow boots ran out the door, (attracting some strange glances on the way) and over to the direction I saw the dog.

I knelt down on the ground, kissed at the dog and watched her trot the other direction. Antonio followed me out the door with a chunk of my sandwich to try and coax the scared pup. At the same time an older couple drove up and asked if it was my dog and I asked them the same. Both resulting in the same answer – no. I asked the gentleman to drive past the dog, who was now heading toward the highway, and get out so that we could hopefully catch the dog or at the very least, direct her the other way. 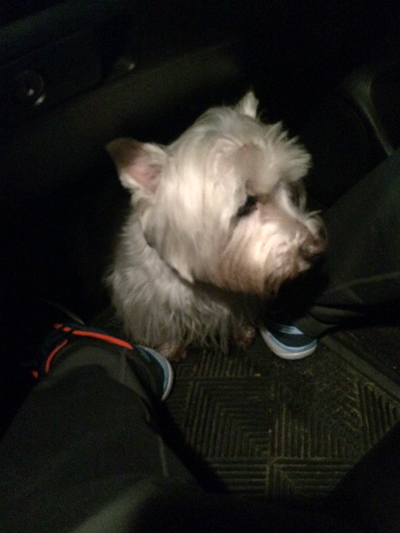 We corralled the dog into a corner of the building and the poor thing appeared to be blind. Knowing there wasn’t much of a choice, I put my gloves on and quickly snatched the dog up. The dog yelped, most likely out of fright, but quickly calmed down. I told the older couple that I would take care of finding the owner and getting this pup back home safe.

Antonio had ran back into the restaurant to grab my purse and the car keys and luckily the dog was wearing an id tag with a phone number! The first time we tried calling – no answer. The second time – an answer! An elderly woman answered the phone and I told her I had a fluffy white dog in front of me. She was delighted and asked where she was found. Five minutes later, this woman drove down to pick up her 14 year old blind, and mostly deaf dog.

Talk about being in the right place at the right time!

The first couple months went by, sluggishly and the couple promising job interviews proved not to be.

But something exciting happened recently and I’ve been questioning whether to share immediately or wait a while…oh well, here it goes:

I recently accepted a job with a marketing company.

A marketing company that just so happens to have a dog as it’s logo.

I mean, how perfect is that?

A marketing company where I’ll be working alongside Lola and Rio most of the day.

A marketing company in Colorado.

Buh-bye Minnesota. It’s been nice (and cold), but it’s time.

I’m going miss the connections and friends we’ve made here but I’m excited. I’ll miss my horseback riding buddy, my dog friends, my rescue connections, our flyball team, our favorite places to take the dogs to play, and my mother (Lola and Rio’s grandma), but I’m ecstatic about the future.

We’ll keep you posted on the move!

Oh, Rio. You’ve been healthy (minus the $2,500 surgery) for almost an entire year… so I guess we were due –  kennel cough got the best of him. Luckily, we had a vet appointment made for his one-year shots and what not so we had them check out the coughing. Didn’t seem to effect him all too much though and I’m just glad Lola never caught it! Sick dogs are no fun. But I’ll definitely take kennel cough over giardia or any other intestinal parasite. Yikes.

We had two fabulous gift guides that I posted in November. One is a gift guide for dog lovers and one is specifically for all my “pibble” lovers. But of course, they kind of carry over into one another.

Check ’em out below! 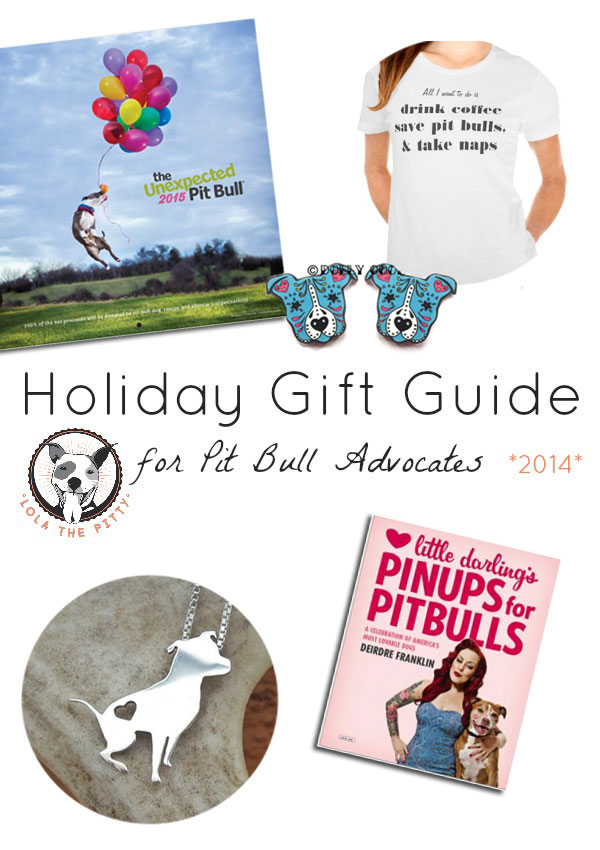 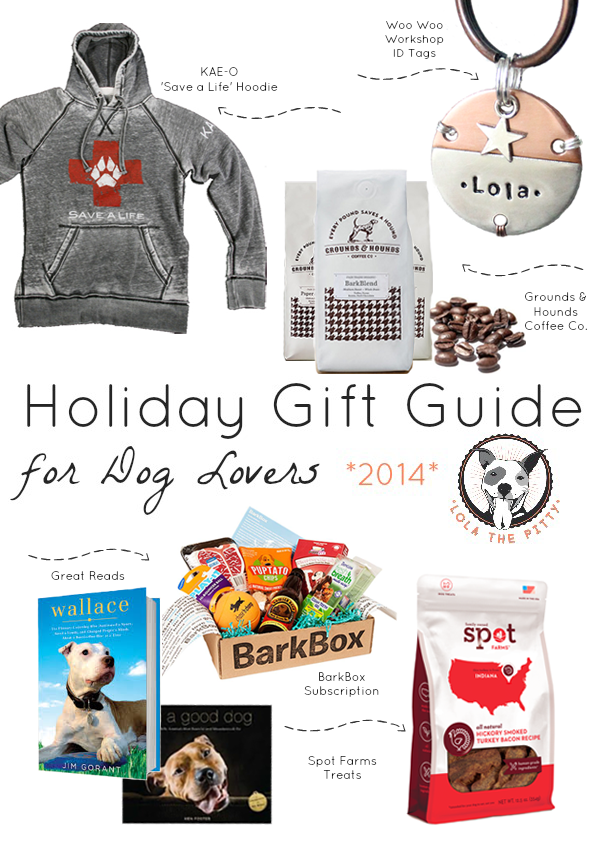 Thanks for reading, we’ll catch up next month!

P.s. Do I have any Colorado friends?

12 Replies to “My Pittied Life: November”