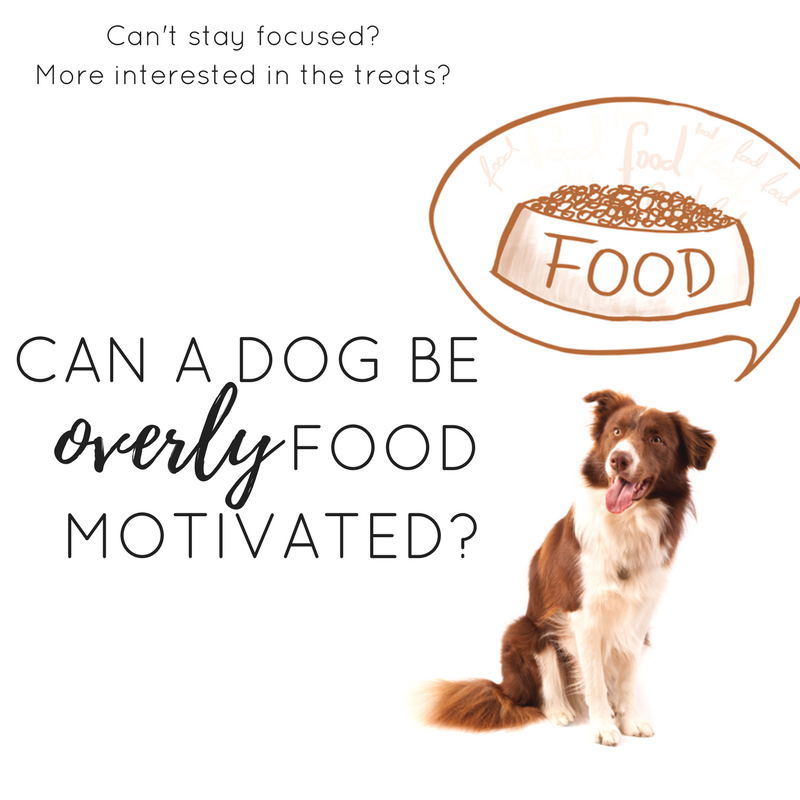 We packed up our stuff and I walked Lola outside to the car, both of our feet crunching down the ice and snow in the parking lot. She hopped in the back and I got in the front seat. I turned on the engine and just sat there for a minute, thinking, pondering. I was disappointed. I was somewhat disappointed in myself and in Lola. Were my expectations of her too high? How come she did not listen as well as I thought she would? What went wrong? How could it have been different? I thought I had done a great job of exposing her to different situations and settings. Is it my fault for even bringing her to this event, was I being selfish?

Which brought me to the question I was asking myself, “Can a dog be too food motivated”?

Earlier that month, I had brought Lola to an audition. A dog modeling audition to be exact (more on how we got into that will be brought up in another post). I thought to myself, “How cool is this, it seems unreal”?! I was excited and I  thought it was worth a shot, the experience can’t hurt and what the heck…it’s not like she’ll be picked anways.

The audition went great. Lola sat there like the little model she was for the (short) moment and wasn’t bothered one bit by the bright flash, equipment and people surrounding her. I only had to correct her once when she broke her stay, but overall she rocked it. I was so proud of her. All the ‘sit-stays’ and ‘down-stays’ we have been practicing were paying off.

They wanted LOLA for the photo shoot! My heart raced with joy and excitement.

I raced to pick up Lola, she jumped in the back of the car and drove up to the photo studio. The setup was very familiar to the one from the audition a few short weeks ago, only this time it was for real.

We arrived at the large, warehouse-type studio and waited for a short period of time before it was our turn. Lola was doing fine and was sitting calmly next to me. Since the shoot was for dog costumes, we tried a costume on her to make sure it was the right size. Everything was going fine. I had my training treats and she was staying focused. I expected her actions to follow our previous experience at the audition.

Once it was our turn, I was told to stand off to the side and the photographer was the one handling her (may have also contributed). They then brought out HAM and CHEESE! I’m sure Lola was thinking, “Wow! This is awesome.”. And then everything went down hill. She started losing focus, trying to sniff out that bowl of ham and became very anxious to receive the reward. She held her ‘sit-stay’ for about a minute and then began to lose focus yet again, becoming a little too interested in that strong aroma coming out of that bowl! At one point, she even ran off the set and over to a duffle bag. Well, this was a duffle bag chock-FULL of treats. This was not normal and I couldn’t help but continue to go back to my question.

So what exactly do I mean, “Can a dog be too food motivated?” Can a dog value food too much so that it begins to negatively effect your results when training. Can they begin to lose focus if they are too interested in the reward and not performing what you are asking of them?

My immediate response was yes. I believe that had the situation been handled different, the results would have followed. I kept going through what could have been done differently. I would have taken away the ham, cheese, and other meat that was left open in a bowl. I would’ve used lower value treats in either a plastic bag or treat bag like we typically do. However, I am not an expert so I consulted with Lori Nanan, one of the trainers behind Your Pit Bull and You and owner of La Dolce Doggie.

Here is what Lori had to say, along with tips if you have experienced a similar issue:

“If a dog appears to be overly-interested in getting to the food without having done the work to do so, it’s possible there are a few things going on. One is that the dog has learned that the preparation of food, the putting on of the bait pouch and the moving to a specific location predicts training is about to begin and so becomes very excited. To address this issue, you can teach the dog that all of those things predict nothing and vary your food prep time, wear your bait pouch all the time and vary the locations and times that you train.

Another is that the smell of the food is very salient and therefore overshadows everything else, so the dog is unable to focus on anything other than that smell. In that case, placing food in a baggie inside a bait pouch can be helpful, or use a food that is a little less stinky. Making sure that you don’t reach for the food until the dog has completed the behavior is important and this is where a clicker or marker word can be helpful, because they buy you time to get the primary reinforcer to the dog. You always want to be sure to mark (or click) and then reach for the food (or have a stash in your other hand behind your back.) The dog is generally in more of a rush to get to the reinforcer than we are, so by marking the behavior, we are letting the dog know that it’s coming.

If food is consistently an issue, one could “close the economy” to some extent, which means that the dog earns part of his daily rations via training. By doing this, the food becomes more valuable to the dog and this generally increases motivation. You can also audition other classes of reinforcers, such as toys, play and simple praise.” – Lori Nanan, CTC, CPDT-KA

I immediately associated what had happened with the smell overshadowing everything else going on. Lola was unable to focus on anything and quite frankly began to lose her mind over that smell.

Have you ever ran into this issue with a dog?

Typically, I use this food reward continuum from Your Pit Bull and You below but I believe in this specific case, the treats used were actually too high of value.

43 Replies to “Can a Dog be TOO Food Motivated?”