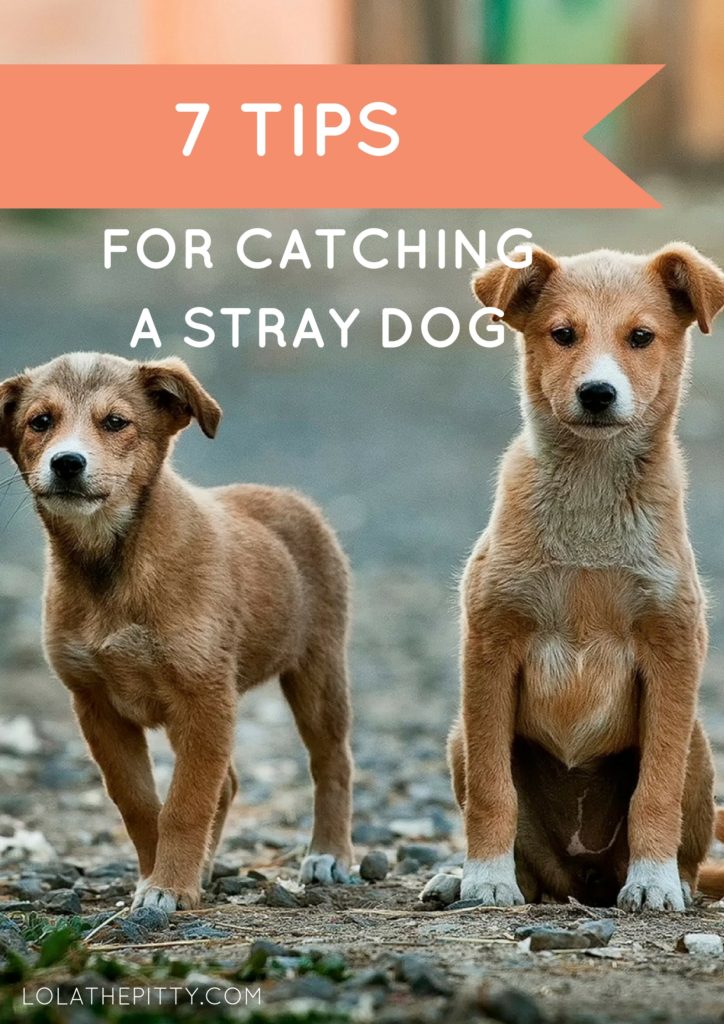 It doesn’t seem to matter where I go, I run into stray dogs. It’s been a while since my last ‘rescue’ but today as I was driving home from getting my hair cut, a dog ran almost directly alongside my car on a busy street. Luckily he turned back in and ran down the less-busy residential street.

There was a gentleman in a wheelchair that was trying to catch him as well but it was apparent that the dog was not only frightened of strangers, but also the wheelchair. There was an elderly lady that kept saying, “He’s aggressive…be careful”. He was barking at strangers, but it was apparent from his body language that he was fearful and frightened. You can use your instinct here, but it is also very helpful to study dog behavior and this will help you a lot when dealing with a stray.

Many times, women are less intimidating that men, but again it all depends on the situation and the dog.

Long story short, Turbo, the dog pictured below is safe and with his owner. It took a lot of patience and analyzing to coax him but it worked.

I’ve dealt with dogs that are much easier to catch and once, with a dog that I was not successful in catching the first day, but that was eventually caught a few days later.

Here are some tips that I’ve learned along the way:

Please remember these are all dependent upon the dog and to use your best judgement when dealing with a stray.

As bad as you may want to, please do not. This is intimidating and a dog that is lost is already out of their element.

Probably the most important part. I have dogs of my own, so I almost always have treats, a spare leash, and ball in the car. This is how Turbo was caught. In fact, I had a long lead and a tug in the car, so I looped the two together so that I could slyly sneak the lead around his neck when I could get him within a comfortable distance.

If you have a ball or tug (these are great because they can’t run off with it), try playing with the dog or getting their attention. Squeaky toys work great to show them you’re here to have fun and just want to play with them! I began squeaking the ball and immediately Turbo perked up. I was suddenly becoming interesting and he wanted to follow me – but wouldn’t get within five feet of me still…

3. Refrain from shouting or calling the dog

Lost dogs are quite often afraid, in flee mode and on guard – shouting at him to “come” or calling him may make him even more frightened. Try these tips below…

4. Crouch or Turn your back to the dog

If the dog seems like he’ll come up to you, try kneeling down and toss out treats to gain trust and show the dog that you just want to help him.

If the dog seems extra skittish – with your back turned, begin tossing out treats to get the dog to trust you. Simply sit on the ground and throw treats out a good distance away from you, slowly moving the treats closer and closer. 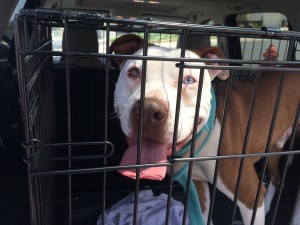 With Turbo, we could tell by the way he would interact with the other dogs behind the fences that he was not dog aggressive so a neighbor brought out his dog and just sat on the porch with him. Be very careful with this situation and never introduce a dog much smaller than the stray. Turbo immediately started wagging his tail and the other dog play-bowed. This was a great sign.

This is what enabled us to catch Turbo (and a couple other strays I have caught). When he was playing with the other dog, he was not as worried about my every move anymore and I was able to slowly loop my long lead around him and before he knew it he was in my care.

6. Try to lure the dog into a backyard

Or garage, house, etc. If neighbors are around and witnessing, ask them if you can try to corral the dog into their backyard. Again, you have to be careful here because you don’t want to corner a dog and scare them but at least this gives you a safe area to build up trust with the dog.

Once we did finally catch Turbo, he was still scared and tried to back out of his collar a couple times but luckily we had him on a lead that was cinched so he was unable to escape. I kept treating him along the way – beginning by just throwing them on the ground because he still didn’t have the trust to take them directly from my hand – plus you want to be careful with a new dog as you never know how they’ll act.

7. Move the dog away from traffic

In our case, we were near a very busy street. Turbo was obviously afraid of strangers, cars, etc. We used this to our advantage and walked a large circle around him, up toward the street and he naturally ran down the less-busy residential street which was our goal. From there, I worked on building up my trust with him.

If you’ve tried everything you know and are unable to catch the dog and you know the dog has been hanging out in the same area for several days, consider contacting a local rescue or shelter and setting up a live trap. Set out food and water and leave the area – if the dog is staying in this area, chances are he’s up roaming a bit but staying in the same general proximity and you don’t want to scare him out. 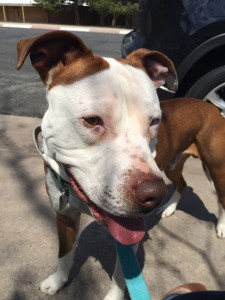