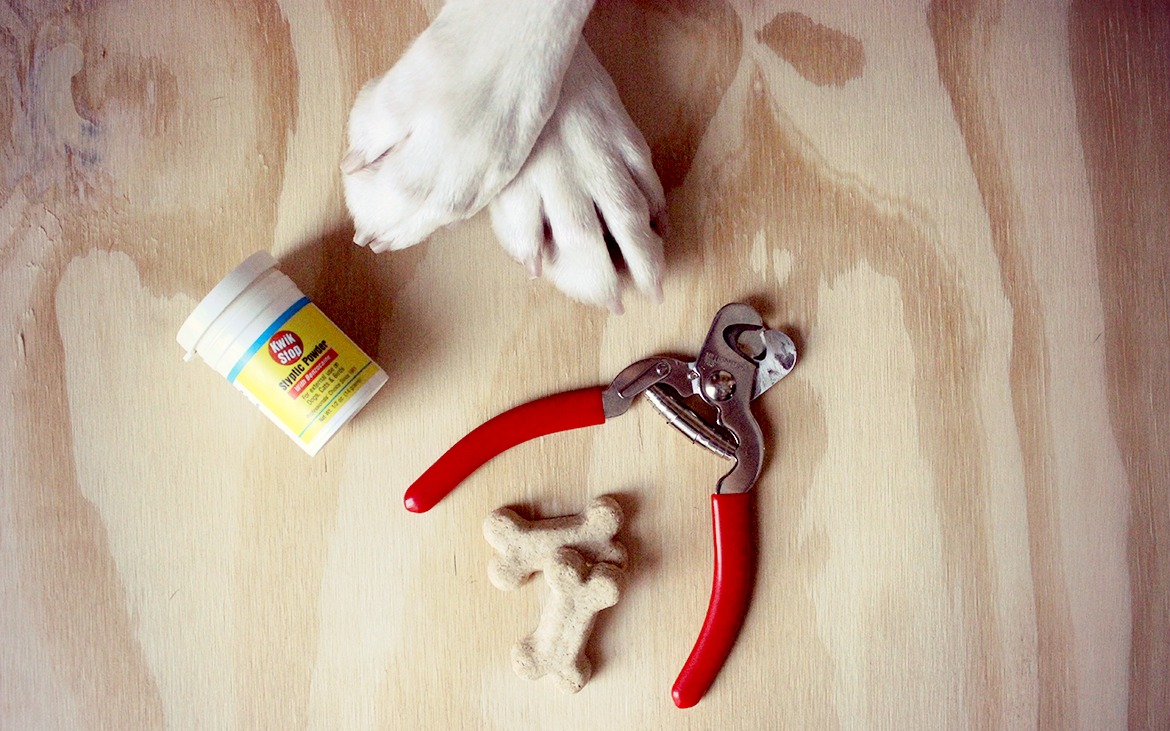 We we’re at the vet the other day for a routine checkup and the tech ask if we want to have Rio’s nails clipped. I politely decline and mentioned that we do them ourselves. Meaning, I do them. Antonio refuses as he might cut them too short. 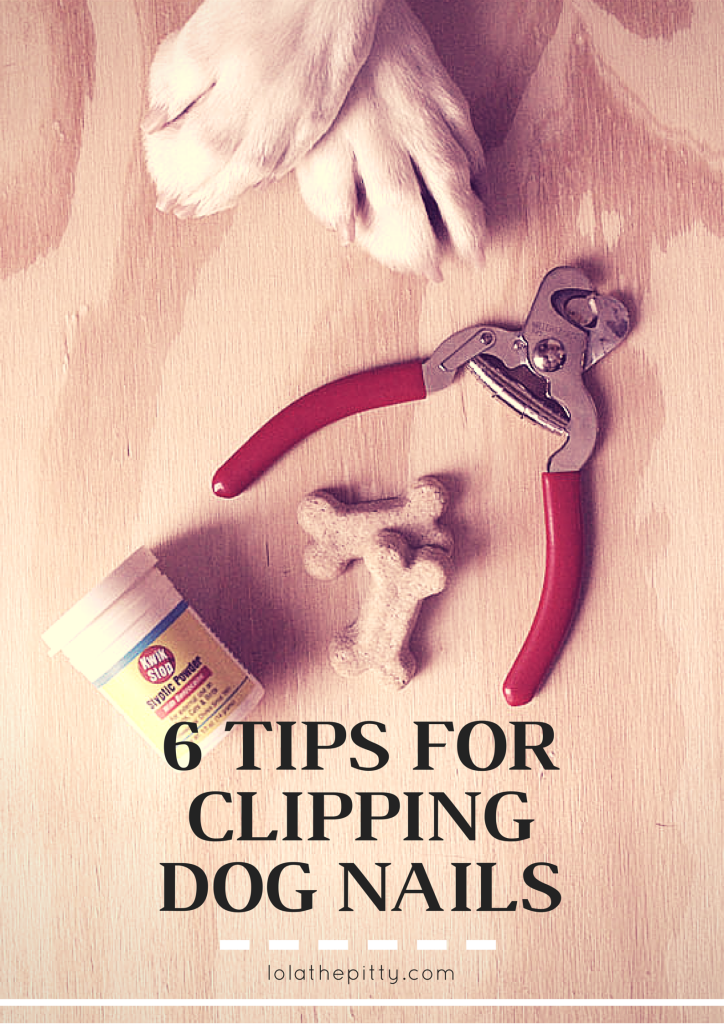 When looking at the prices, I found that they charge 20-something bucks for a nail trim! I mean, I know I’m frugal and all, but seriously? Hire me, I’ll clip your dog’s nails. Totally not out to bash my vet (that we love), because I realize nail trims can be a total pain in the a_ _ for dogs like Lola, so this might be a case of where one ruins it for all.

Back to clipping dog nails. It sucks. Just ask Lola.

Rio on the other hand, piece of cake. 10 nails, followed a biscuit and he’s good to go within a few minutes.

Lola’s nail trims run more along the schedule of a trip to get a manicure. They take forever. She would literally run when she saw the clippers. She would yelp at every trim (drama queen). She would pull her paw away at the very last minute almost causing me to clip her toe off. You name it, she was not an easy patient.

But we’re finally there! I can clip her nails without her running from me, without help from Antonio and without her yelping at each “click” of the clippers. I may be the only one that can trim her nails, but that’s fine by me.

Please note: hardly anything in dog-land is an overnight fix. Everything takes time (and patience). We got to this point with Lola after several months. Months. So obviously don’t expect these tricks to be miracle workers – you still have to put in the time, but over time, your dog  should come around.

So let me save you some time and stress (for yourself and your dog) and share the little tips and tricks for trimming your dog’s nails that have worked for me!

1. Learn how to properly clip nails.

It’s important to learn how to properly trim your dog’s nails before diving in. If you clip too short, they will bleed. Which brings me to my second tip:

And make sure you have good clippers! Crappy clippers can mean un-clean cuts and pain for your dog. We use the Miller’s Forge brand and they have been awesome (and I think we only paid about $10 for them).

This is where Murphy’s Law comes into play – if you don’t have it next to you when trimming your dog’s nails, you’ll accidently cut too short.

This is a weekly routine with Lola. The more often you clip, the faster the quick will pull back.

4. Trim near a light or in daylight.

I’m lucky, Lola and Rio have white paws which means I can see their quick. So when I’m trimming their nails, I always make sure to have a bright light behind me or do it in the daytime near a window. This just gives me a little extra insurance and enables me to get as close to the quick as possible without causing the nail to bleed.

5. Bend their front paw back.

This is probably the one tip that helped me make progress with Lola. I eventually got to the point where back paws being trimmed were fine, but front paws? A nightmare. My theory: because she was watching me, she would anticipate the clip and it would freak her out. Here’s my solution:

I started asking her for a sit, giving her a treat and then grabbing her front paw, folding it under so that her paw was facing the ceiling and then I clip one front nail at a time. Treats are given in between. Here’s a visual below: 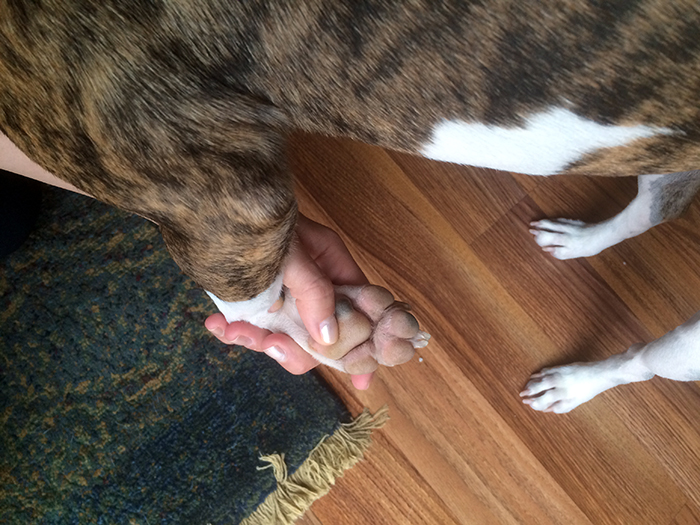 Treats are essential. Don’t even bother if you’re not willing to reward. Lola now associates nail trims with fun and deliciousness. One nail = one treat. A tiny treat, but a treat nonetheless.

I started small, by desensitizing her to the nail clippers. I would touch her feet with the nail clippers and in return she would get a treat. I did this for several days. In between I would also get her used to me touching her paws, something she isn’t particularly fond of either.

Next I would do a few nails at a time and be done for the evening. You can work up to this as well. Start small, if you are making great progress, don’t push  it. Oh yeah, did I mention it’s 10 times easier to do this when they are absolutely pooped out?

*If you’ve given up all hope and have a dog that either gets aggressive over nail trims or you’ve truly tried it all…check out this awesome solution from my friend Jen at Dogthusiast!

42 Replies to “6 Tips for Clipping Your Dog’s Nails”